My father was in the 365th EVAC Hospital out of Niagara Falls, NY which was activated in Desert Storm. He was stationed in Omen at the Air Force Base from Syracuse which the units named Nacirema. You have the unit listed but not that it is a Reserve Unit and where they are out of. Please add the info to your list thanks. If i can think of anymore information about his unit and such that I feel may be of interest to anyone I will post them.
Top

I see when I did a google search, that a fellow who was in signal in the 365th now does the bagpipes for a living. Anyone else everget sick with joint pain and stuff? Whatever happend to the air force unit, never could find much about it, that we served with. 1702 I think it was from Scott AFB. Hospital and Refueling wing.
Top

Hi! I'm the "bagpiper" mentioned earlier.
If anyone from the army (as I was) or the air force who was at camp nacirema wants to chat, please email me at piper617@isp.com

I was at Camp Nacirema!

Howdy to all fellow Naciremans!

My name is Dave Lilly and I was priviliged to spend over 8 months during Desert Shield and Storm at the site known as Camp Nacirema. I remember well when the 365th arrived to join us. You guys came off the plane and my chaplain and I were there to greet you with suckers. I have a ton of memories from that deployment, but I won't bore you with all of them in this post. Instead I will drop a few highlights:

The name "Nacerima" was the result of a contest held within the first few days after the arrival of the advance team from Griffiss AFB, NY. The winner was one of my fellow chaplain assistants, Talley Hillsgrove. The reason his submission won will be obvious once you spell the name backwards.

The official name of our site was the 1702nd Air Refueling Expeditionary Wing Provisional (AREFW), and it was located at the Seeb International Airport near the village of Seeb, Oman. Muscat, Oman's capital city, was less than 10 klicks away if I remember right. I spend a lot of time in that city when I was off-duty, and learned a lot about the Omani people.

I became good friends with one of the Army chaplain assistants from your unit (his name escapes me at the moment, but when I remember it I will update this post). He and I worked very well together, and I learned a great deal from him about how to serve and work with chaplains.

I could go on, but I have to close this for now. I will check back regularly and add to this post. I look forward to sharing experiences with anyone else out there who shared time with us in our little corner of the sandbox.

I too was stationed at the 1702. Out of the Forks and was there from aug-mar. Lots of good memories (and some bad food).
Top

was wondering if anyone had a few pictures to spare of the camp or shots from the air, my kids are getting old enough and my film was lost coming back... I know some people got up in the tankers before we left and got some nice shots. Thanks. Muddy Rhodes, jrhodes@bluefrognet.net
Top

Hey there- i was with the 365th and to answer davidlilly's question as to who was the chap asst, i think it was mark lopez. and i do have some pic's floating around somewhere if you still would like them.
Top

I was there from Aug to Apr. I was on the third tanker in from Griffiss and the very last one to take off at the very end. I racked with Tally Hillsgrove, in fact I also lived in the same barracks as him at the Griff. I remember him winning the contest. I was single then and actually liked my time there. Looking back though, that wasn't a remote, it was a desolate. To answer some of the posted questions, Griffiss was the lead unit for the base. KC-135 Tankers came from 4 diffierent bases stateside as well as KC-10's from Barksdale. Tankers assigend to the 1702nd AREFW(P) were based at Seeb International Airport and the Island of Masirah off the coast of Oman. Prior to the arrival of the 365th hospital, we had approximately 300 officers and enlisted packed in about 3 rows off tents. The hospital doubled the size of tent city. Being from Western NY myself, the arrival of the hospital unit really made the football playoffs and superbowl a good time there, except for the last play. We tore down tent city at the beginning of april and were down to about 100 airmen when we moved downtown to the seeb novotel.
Top

I searched about the hospital, and I found some information that could contribute something for this. Maybe I just need some better search strategy for that. Anyway, it is our duty to serve and help. 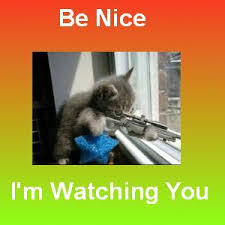 Does anybody have pics of Camp Nacirema? I worked in the Aircraft Hangar providing parts for the KC-10s and KC-135s. I arrived at Camp Nacirema in Dec 90 and left around Apr 91. Moved to Riyadh for a quick minute then spent the next four months at Al Kharj. Had a great time in theatre.

I was at Camp Nacirema in Oman from Jan - Mar 1991. I have about 100 pics in slide form. I want to get them on a cd and when I do I will share them.. I was part of Det 3 13th Cont Hospital from Robins AFB in Warner Robins GA. I was a Surgical Tech then and will never forget my experience there...
Top

I was also with the hospital, Jan-March 1991, surgery tech out of Scott AFB. Wish I'd found this site sooner. Will post pictures when I dig them out!
Top

My father too came from that hospital for his treatment and I'm glad with the services of the hospital. I am very satisfied the way they entertain their patience and as well as the cleanliness of the rooms.
steel bridge | bridge builder
Top
Post Reply
20 posts